You are here: What's On > Winifred Lamb: Field Archaeologist and Museum Curator: A talk by Prof David Gill 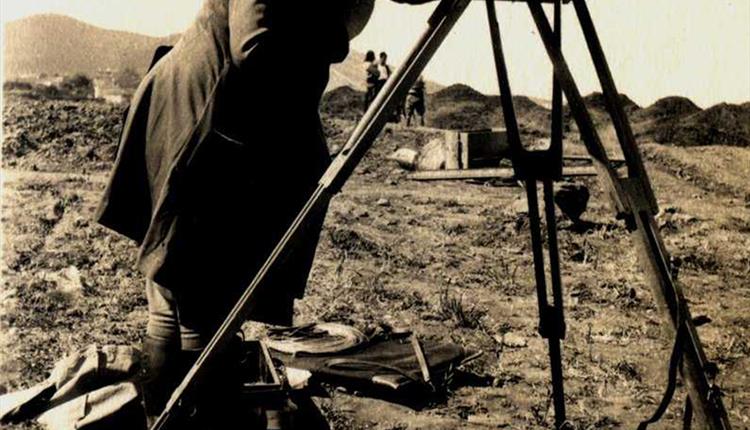 Winifred Lamb, who grew up at Winterslow near Salisbury, served as honorary keeper of Greek antiquities at the Fitzwilliam Museum in Cambridge from 1920 to 1958. She first met Sir Sydney Cockerell, the Director of the Fitzwilliam, at the sale of the Hope antiquities at Christie's in July 1917. Later that year she was invited to join Room 40, part of Naval Intelligence, where she worked alongside the academic (Sir) John Beazley who encouraged her interest in Greek pottery. Cockerell invited her to work on the Greek collections at the Fitzwilliam, before offering her the role of honorary keeper. One of her first tasks was to create a prehistoric gallery where finds from excavations sponsored by the British School at Athens were displayed. In parallel to this she was admitted to the British School at Athens where she worked on the excavation of Mycenae, Sparta, and prehistoric sites in Macedonia. She then funded her own excavation of the Bronze Age site of Thermi on the island of Lesbos before turning her attention to the site of Kusura in western Turkey. During the Second World War she was a member of the Turkish monitoring section of the BBC. Lamb was a pioneering archaeologist and one of the most important benefactors of the Greek and Roman Department of the Fitzwilliam.

David Gill is Professor of Archaeological Heritage at the University of Suffolk and Visiting Research Fellow in the School of History at the University of East Anglia. His books include Sifting the Soil of Greece: the Early Years of the British School at Athens (1886-1919) (2011) and Winifred Lamb: Aegean Prehistorian and Museum Curator (2018). In 2012 he received the Outstanding Public Service Award from the Archaeological Institute of America for his research on cultural property.