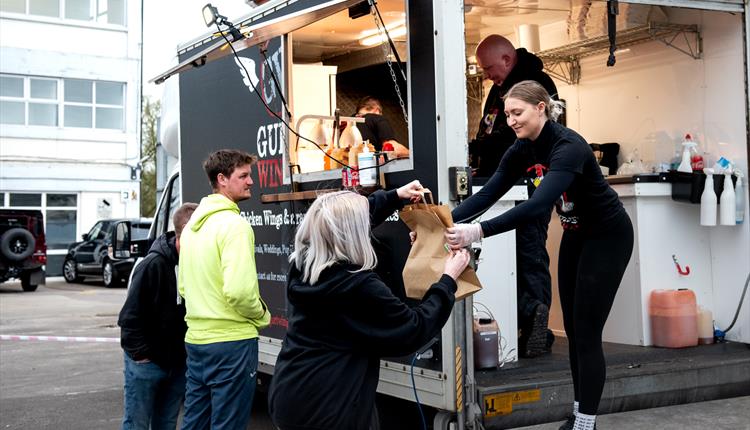 SCOFF Pop-up will run for an additional four weeks at Avonside, Melksham, after proving hugely popular with people keen to tuck into its tantalising street food offer.
Bringing a diverse range of global street food to Avonside, SCOFF Pop-Up kicked off on Thursday April 8th for an initial four-week run, which has now been extended until Friday May 28th thanks to its huge success. Running on Thursday and Friday evenings, the pop-up's offering changes each night on a rotational basis.
SCOFF Pop-Up hosts some of the South West's most exciting street food traders serving up delicious food including smashed beer, lamb or falafel juicy burgers with sides from Boigers, Alpine raclette and tartiflette from Raclette Raclette, and buttermilk fried chicken sando with a signature sauce served in a brioche bun from Los Hermanos.
Traders are ready to serve from 5pm until 8pm, or sell-out. The street food traders joining the line-up for SCOFF at Avonside over future weeks will be announced weekly on the SCOFF and Avonside social media channels, alongside special deals. SCOFF Pop-up offers a safe, takeaway service with COVID measures in place including hand sanitiser on the stalls, contactless payment and social distancing in place.
Follow Avonside via the handle @AvonsideWilts on Twitter, Instagram and Facebook. For more information about Avonside, go to: https://www.avonsidewilts.co.uk/
Follow SCOFF via the handle @Scoffpopup on Twitter, Instagram and Facebook. For more information about SCOFF, go to: https://sophiebevents.co.uk/scoff-pop-up.html