You are here: Home > What's On > Special Exhibition: Through the Window

Special Exhibition: Through the Window 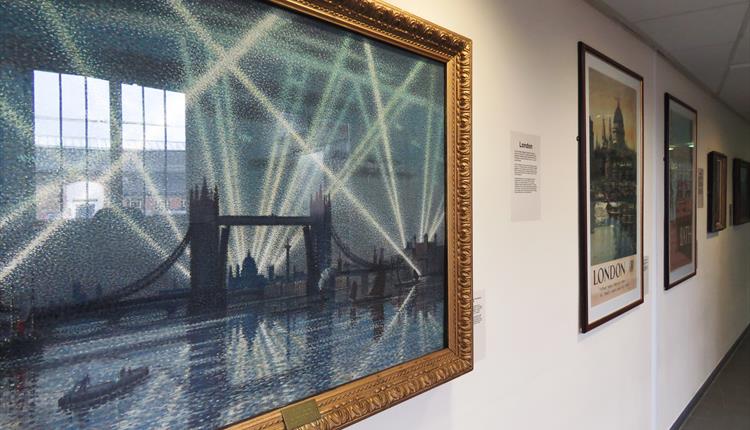 To limit overall visitor numbers, we have introduced timed-tickets for museum admission. All visitors and Season Ticket holders need to book online in advance through the STEAM website.

In 1924, the Great Western Railway published a book called Through the Window. This travel guide enhanced the enjoyment of passengers who were travelling between London Paddington and Penzance. The GWR was keen to promote the journey from London to the South West of England as an adventure. Later editions continued to promote places that were more accessible than ever before, including Wales and Ireland.

STEAM's new exhibition: Through the Window showcases paintings from Swindon Museum and Art Gallery and posters from the STEAM Museum. It explores some of the places that were easily accessible by train and considers the impact that railways had on tourism and commerce.

The GWR's posters advertise the many exciting places that could be reached by train. They feature defining landmarks and iconic imagery that we still associate with the locations today. Alongside these are artworks from Swindon's collection of modern British art by Stanislawa de Karlowska, Claude Francis Barry, Lord Methuen, Christopher Nevinson and Christopher Wood. They show how artists interpreted these places in new and interesting ways.

The exhibition is a collaboration between STEAM - Museum of the Great Western Railway and Swindon Museum and Art Gallery's Art on Tour project. Art on Tour aims to share more of Swindon's art collection in more places.

Through the Window is on display in STEAM's entrance area and the exhibition is free to view.

If you are visiting the Museum, please pre-book your tickets in advance through the STEAM website.