You are here: Home > What's On > Casablanca Beats 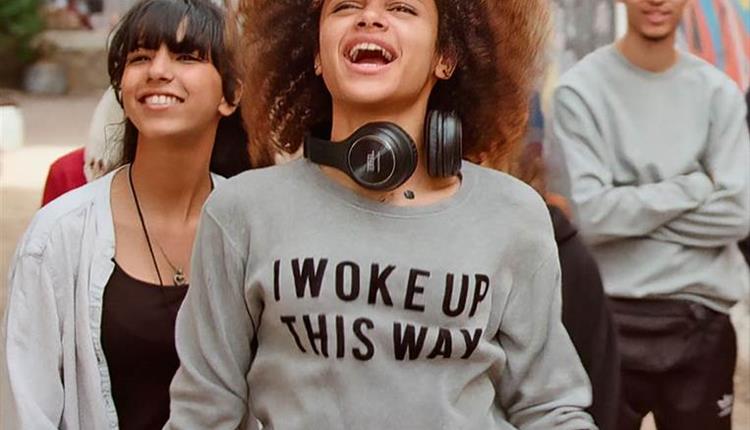 Teacher Anas (Anas Basbousi) has recently arrived at an arts centre in the troubled Casablanca neighbourhood of Sidi Moumen. He has already alienated himself from the faculty with his rebellious streak. But it's his unwillingness to compromise that finds him drawn into a close-knit group of students. Encouraging them to open their minds and speak their truths, his students are given free rein to discuss topics of religion, politics and sexuality. There are clashes between tradition and a generation desperate to break away from it, as well as female students unwilling to accept the patriarchy rife in their society. In the process, they throw off the weight of tradition and begin to express themselves sincerely and authentically through their art.

Ayouch spent two years working with his non-professional cast and Basbousi, a former rapper who, like his character, turned to teaching in real life. The film's narratives gradually developed out of this collaboration, creating a hybrid of dramatic performance and documentary, whose authenticity adds to the film's vibrancy and richness of tone. Filled with music, dance and the joy of an emerging youth culture finding its voice, Ayouch solidifies his status as one of North Africa's most exciting voices.

★★★★ "Like Clio Barnard's Ali & Ava, this down-to-earth tale is not afraid of embracing the magical elements of the musical. Yes, the vérité-style camerawork of Virginie Surdej and Amine Messadi creates "the illusion of a documentary" – The Guardian