You are here: Home > What's On > Herself 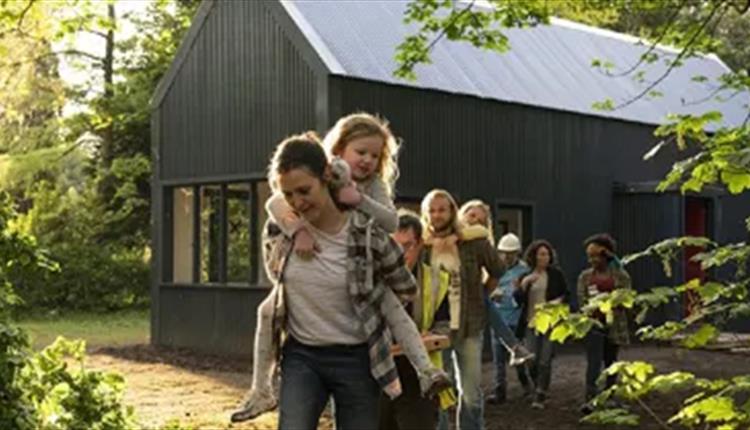 Sandra (Clare Dunne), on the surface of it, is a young Mum struggling to provide her two young daughters with a warm, safe, happy home to grow up in. Beneath the surface, Sandra has a steely determination to change their lives for the better and when it becomes clear that the local council won't provide that home, she decides to build it herself from scratch. With very little income to speak of and no savings, Sandra must use all her ingenuity to make her ambitious dream a reality. At the same time, she must escape the grip of her possessive ex-husband and keep him away from her and her girls. The lionhearted Sandra draws together a community of friends to support her and lend a helping hand and it is the kindness and generosity of these people and the love of her young daughters that help build her own strength and sense of self.

★★★★ "The spirit of the film is self-help and self-empowerment, and the simple idea of building something – rather than passively and miserably withstanding callous bureaucracy, or just waiting for the next sickening display of abuse – is very sympathetic". – The Guardian

★★★★ "Including insightful elements like shame-spirals, fear, and helplessness, "Herself" shows an unexpectedly realistic barn-raising". – Rogereberg.com