You are here: Home > Things To Do > Alex Moulton Charitable Trust (The Hall) 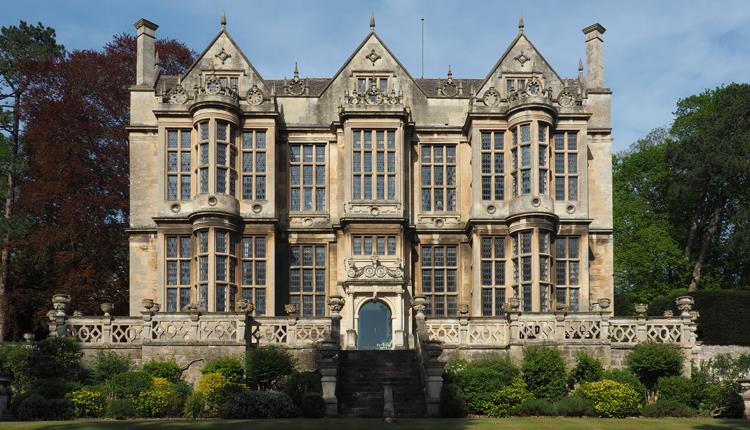 Built in 1610, this Jacobean town house is a hidden gem located in central Bradford on Avon; the elaborate ‘more window than wall’ façade is stunning both architecturally and aesthetically, and contrasts dramatically to the rough stone facing adorning the back.

Historically significant for its connection to the industrial trade in Bradford on Avon, The Hall has had a variety of purposes over its long history including that of a family home, a storage space for wool, accommodation for factory workers, and an officer’s mess.

It’s most recent occupants, the Moulton family, were responsible for introducing vulcanised rubber to England. After purchasing The Hall Estate and neighbouring factories in 1848, Stephen Moulton and his sons sympathetically restored the declining building to its 1600s glory, as well as formalised the grounds and Stable Block to a standard reflective of their success from the rubber industry.

The last occupant at The Hall, Dr Alex Moulton (d.2012) is famously known for his engineering accomplishments, including the invention of his small-wheeled Moulton Bicycle and the innovate Hydrolastic Suspension system, which featured in BMC’s iconic Mini.

Today, The Hall and its interior remains exactly how Dr Alex Moulton left it, with stylised rooms, family memorabilia and a large collection of work, books and designs. The busy rooms offer a lived in, homely feel - as if the owner could step back inside at any time.

The Hall and Estate is now cared for by the Alex Moulton Charitable Trust and is open to the public for Open Grounds events, private tours and recently as a venue to hire for small events such as weddings.

The Hall hosts a number of original features including 17th century oak panelling and stuccoed ceilings, grand fireplaces and detailed glazing on the enormous compass windows.

The Hall’s location means there is easy access to the Cotswold town of Bradford on Avon, yet it’s position keeps the Estate hidden from sight behind a tall stone wall and fencing.

Tours at The Hall
more info

Easily accessible by car via the B3107 / B3109 from surrounding towns including Bath, Frome and Chippenham.

Follow signs for public carparks within the town centre, and walk to The Hall entrance on Kingston Road.