You are here: Home > Things To Do > Bratton Camp and Westbury White Horse 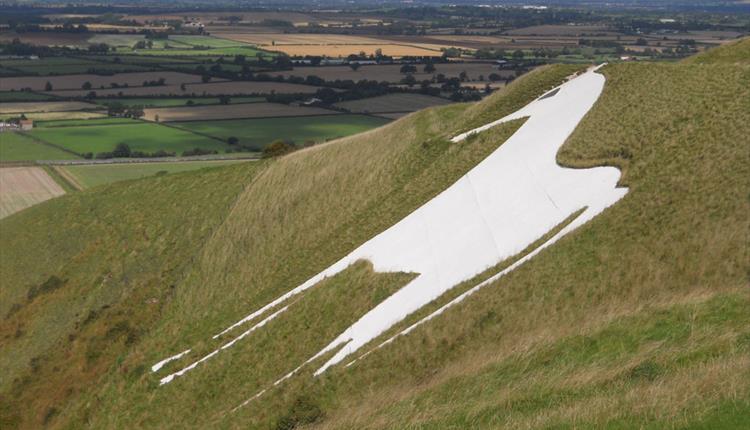 A large iron age hill fort and white horse carved into the hillside. The first Westbury white horse is believed to have been cut to celebrate the victory over the Danes in the Battle of Ethandium in 878AD. Local legend says that King Alfred commissioned the cutting of the horse, but had the designer beheaded soon after completion as the horse was said to be riding out of town, and should have been riding into town.

The original Westbury white horse was said to be very different in appearance to the horse that appears today. The earlier horse, if local sketches are to be believed, had short legs and a long heavy body, it wore a saddle and had a tail that pointed upwards.

In 1778, Lord Abingdon's steward, a Mr. George Gee took it upon himself to re-design the Westbury horse and changed the appearance of the landscape for ever more. The old horse was completely lost under this new design, and many branded Gee a Barbarian and vandal.

Restoration of this new figure took place in 1873 and again in 1903. In the 1950's the Blue Circle Cement Works located near by, concreted the horse.