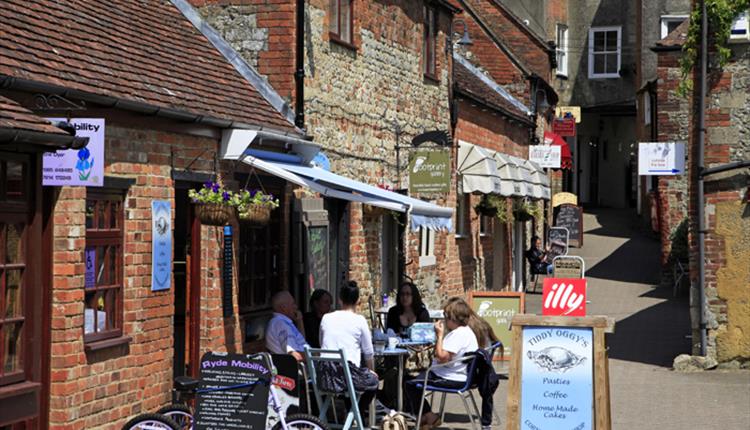 Situated beneath the chalk downland, with its abundant flora and fauna, Warminster lies on the edge of the Cranborne Chase and West Wiltshire Downs Area of Outstanding Natural Beauty.

The town derived its name from the Minster Church of St Denys which was built in Saxon times within a loop of the River Were. There is evidence of earlier settlements in the seven hills that surround the town, three of which are Iron Age hill forts, the most notable being Cley Hill to the west of Warminster. Once part of the Longleat estate, it was entrusted to the National Trust by the sixth Marquess of Bath.

The town boasts many historic attractions including Warminster Maltings, Britain’s oldest working maltings, and Dents glove factory. Founded in 1777 the latter has been supplying gloves for royalty since the reign of George III, including Queen Elizabeth II’s coronation gloves. Visits by groups to the Dents museum can be made by private arrangement.

The town park with its tranquil lake is the jewel in Warminster’s crown and is being lovingly restored. The children’s paddling pool is a huge attraction in the summer months and a skatepark, tennis courts and putting green are available all year round.

The park leads to Smallbrook Meadows Nature Reserve which is run by Wiltshire Wildlife Trust and has a thriving population of water voles.

A rich variety of routes to nearby picturesque villages provide plenty of opportunities for cycling and walking activities, as well as sailing at Shearwater Lake.

Warminster is the nearest town to Longleat – home of the UK's first ever Safari Park and one of Britain's most impressive examples of high Elizabethan architecture.

Find out more about the town from the Warminster Community Hub.