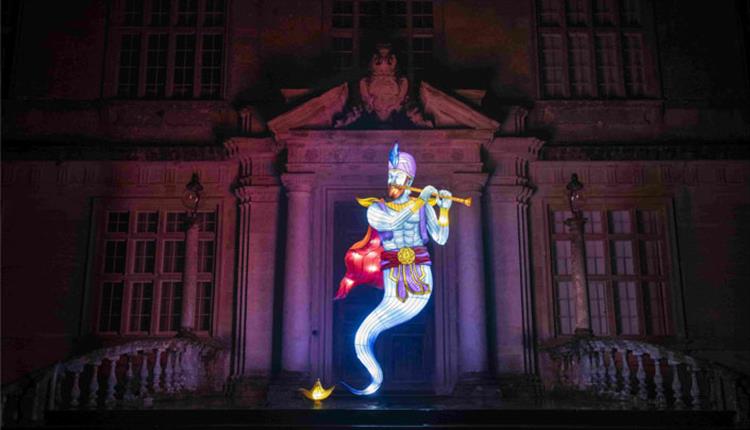 Join Longleat on a thrilling odyssey this winter, as the renowned Festival of Light returns for its sixth year. The much-anticipated festive lantern spectacle will showcase ‘Myths and Legends’. It draws inspiration from epic stories from around the world; from the gods and magical beings of ancient Greece, to heroic tales of British folklore. Expect to see Pegasus, the Genie in the lamp and the Chimera, not to mention Zeus, Hercules, Medusa, Aphrodite and so many more.

Explore the Garden of Mythical Creatures and discover the illusive yeti, Thor battling the World Serpent and the colossal Kraken of the lake, engulfing an unfortunate ship which has crossed its path. Enter the whimsical and ornate fairy wood and stroll through the mischievous creatures’ playground, where they dance and play surrounded by psychedelic flowers and toadstools. Experience the kaleidoscopic unicorn skyline; an intoxicating world of magic and fantasy where shining unicorns frolic amongst glistening clouds, alongside a rainbow road.

Not only will the Estate be gleaming with lanterns, but Longleat House itself will come to life with a roaring twenties Christmas party theme. 2019 is the 70th anniversary of the House being opened to the public, by the 6th Marquess of Bath. He planned to recreate the heyday of his youth, so in this spirit the House will be decorated to match and will feature a world premiere of archive film footage, taken by the 6th Marquess himself. Within the House, there will also be an exhibition linking to the Festival of Light’s ‘Myths and Legends’ them; featuring both King Arthur and the story of Merlin magicking immense stones from Ireland to create Wiltshire’s iconic Stonehenge.

The seasonal lantern spectacle is enhanced with festive favourites such as the 20 metre Enchanted Christmas Tree Show, which will be projecting vibrant displays across the historic architecture of Longleat, all the while serenading the park with beloved Christmas melodies.

The much-loved Santa Train will be alighting at Longleat Central Station once again during The Festival of Light, to whisk guests away to a magical grotto and meet Father Christmas himself. But remember to book in early, as seats for this captivating experience are in high demand!

Also returning for the 2019 festive celebration is A Flight Before Christmas. This enchanting show, taking place in The Longhouse, features swooping owls above guests’ heads; adding a sensory element to the charming storytelling experience.

During the Festival of Light you may also enjoy all of the astonishing animal and adventure attractions, including the Safari Park, Koala Creek, Jungle Kingdom, Jungle Cruise and the iconic Longleat Hedge Maze. As part of the festive event, on New Year’s Eve and New Year’s Day there will be spectacular fireworks displays lighting up the evening sky.

The Festival of Light takes place on selected dates from 9 November 2019. Book online for 10% off and get ready to join the thrilling odyssey.

Included with your Day Ticket