You are here: What's On > Solve-Along-A-Murder-She-Wrote 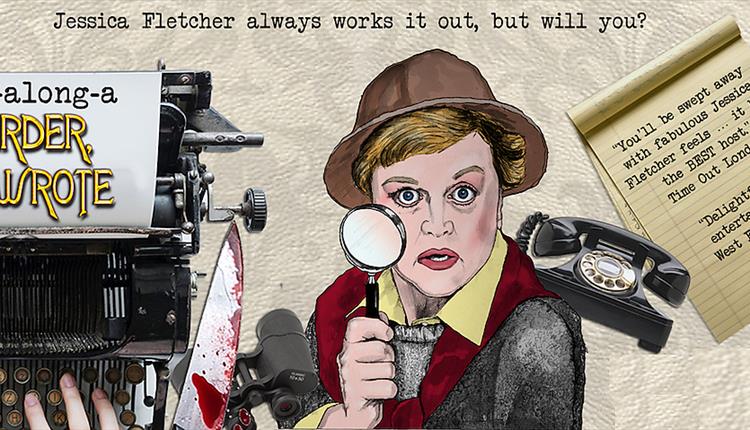 Solve-Along-A-Murder-She-Wrote is a unique and hilarious night featuring games, prizes and audience participation, with special permission from NBC Universal Television. See the show Time Out rated one of 2019's 50 Great Nights Out in London that has played to sell-out audiences across the UK and Australia.

• A race to solve to the crime, via the Fameometer and the Suspiciometer!

• Clips and biogs of the campy guest stars!

Tim Benzie is obsessed with Murder, She Wrote, having watched the original series when it was first broadcast, and now relishing the repeats on television everywhere. An award-winning playwright and co-writer of the Royal Vauxhall Tavern's 2017, 2018, 2019, 2020 and 2021 pantos ('Goosed', 'Rubbed', 'Slipped' and 'Pricked'). He is the co-producer of the camp club night PopHorror.

Ticket holders for this event will be seated at unreserved cabaret tables of up to 8 people. Book your tickets together so we know you are planning to attend as a group and we can seat you together, or get in touch with ticketsales@wiltshirecreative.co.uk to let us know you are a group booking.