You are here: Home > Things To Do > Roman Baths 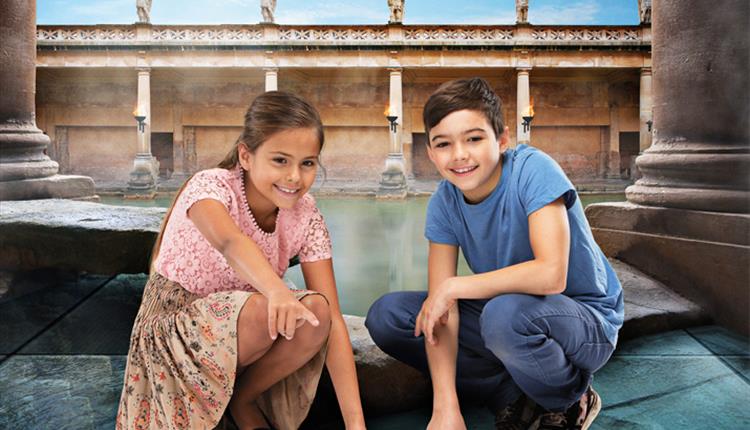 The Roman Baths are located at the heart of the World Heritage City of Bath. Here, the Romans built a magnificent temple and bathing complex on the site of Britain’s only hot spring, which still flows with natural hot water today.

Walk around the steaming Great Bath where people bathed nearly 2,000 years ago, see the ruins of the temple of Minerva where Roman worshippers gathered, and explore the fascinating museum where you can find out more about those who lived and worked here.

The Beau Street Hoard, a collection of more than 17,000 Roman coins recently discovered in Beau Street, Bath, is now on display in the museum.

Costumed characters bring to life the stories of past inhabitants: you might meet a Roman lady called Flavia, slave girl Apulia, stonemasons Sulinus and Brucetus, or a travelling merchant named Peregrinus.

Award-winning audioguides in eight languages are included in the admission price. There is a special audioguide for children, narrated by Michael Rosen, and a “Bryson at the Baths” version featuring commentary from Bill Bryson.

Enjoy coffee, lunch or afternoon tea with live music in the beautiful 18th-century Pump Room. Or head to the Roman Baths Kitchen, a bistro-style restaurant in an original Georgian townhouse.

On summer evenings, you can explore the Roman Baths by torchlight. The site and shop are open until 10pm (with last admission at 9pm) and you can combine your visit with dinner in the Pump Room or Roman Baths Kitchen.

Admission Charges include the use of a hand held audioguide. Audioguides are available in English, French, German, Spanish, Italian, Russian, Japanese and Mandarin, with the four newest additions being Dutch, Korean, Polish and Portuguese. British Sign Language handset available. If you are a hearing aid user, you can benefit from the 'T' switch attachment on the audio guide. We can also provide a printed copy of the audio tour text.

Saver Tickets are valid for 14 days.

Group rates are available for groups of 20+