You are here: Home > What's On > Cutting it Fine: The Art of the British Wood Engraver

Cutting it Fine: The Art of the British Wood Engraver 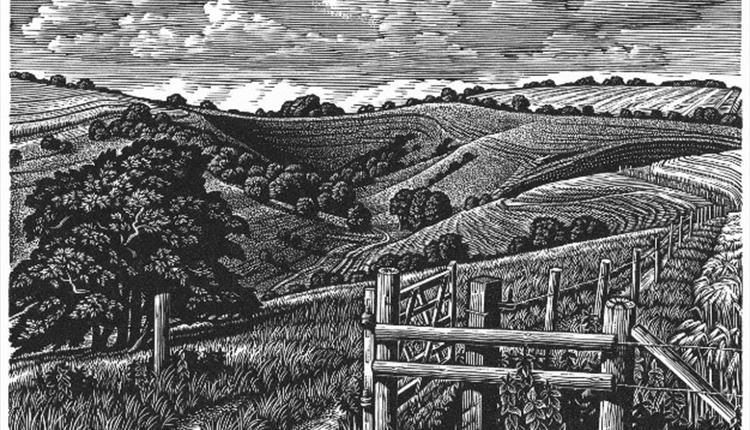 Though printing onto paper from wooden blocks goes back many centuries, wood engraving is a relatively new technique, generally credited to the Northumbrian craftsman, Thomas Bewick (1753–1828). With tools traditionally used for metal engraving, Bewick achieved extraordinary levels of precision and detail, achieving considerable fame with his carefully observed and illustrated books of birds and animals. Widely used as a method of mass-producing images in the nineteenth-century, wood engraving was revived on a more intimate, personal scale by a number of fine artists and designers in the early twentieth century. This led a group of British artists to found the Society of Wood Engravers in 1920.

An accompanying exhibition will explore the work of the Wiltshire wood engraver, Howard Phipps, RWA, ARE. Born in Wales in 1954, Phipps studied Painting and Printmaking at the Gloucestershire College of Art in Cheltenham. His work is deeply rooted in the beautiful downland landscape of Wiltshire and Dorset.

Both exhibitions will be accompanied by a series of lectures, together with engraving demonstrations led by Howard Phipps (see below).

Original prints and books will be available for sale in the museum shop.

The exhibition has been postponed from October 2020, when it was to have marked the centenary of the Society of Wood Engravers.