You are here: Home > What's On > Islander (Screening) 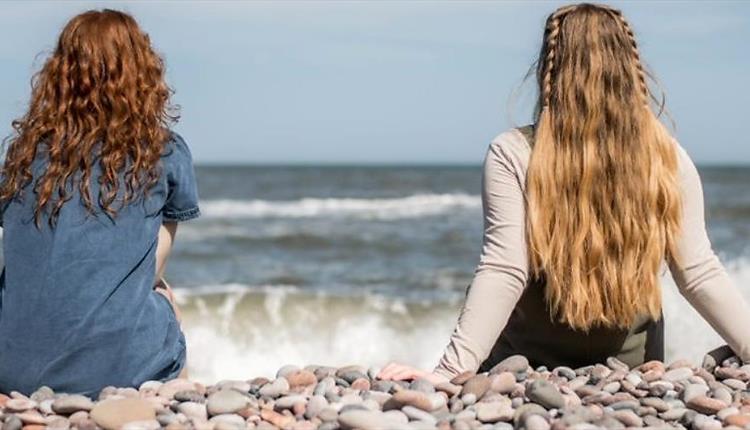 Eilidh stares out to sea and dreams of a new life beyond her lonely island. Myth and reality collide when the tide washes a mysterious stranger onto her beach, changing her life forever. Epic storytelling intimately staged with a contemporary Scottish folk-inspired score.

The two-hander cast of Kirsty Findlay (Olivier Award Nominated, 'Our Ladies of Perpetual Succour') and Bethany Tennick perform a whole host of characters while weaving, building and layering their voices using looping technology to create an expansive, ethereal soundscape for the ears and imagination.

Winner of Musical Theatre Review's Best Musical Award – Edinburgh Fringe 2019, this critically-acclaimed environmental show continued its success with an off-West End run and a BBC Radio 4 adaptation. Islander is conceived and directed by Amy Draper with a book by Stewart Melton and music and lyrics by Finn Anderson.

The Rep Studios reimagining of Islander for camera stays true to the show's beautiful folktale storytelling and score.

★★★★"Gorgeous and inventively filmed version of the charming musical two-hander."  The Stage

Part of Made in Scotland Showcase 2019 and originally developed in association with Comar.