You are here: Home > Things To Do > Avebury Stone Circle and Avebury Manor and Garden 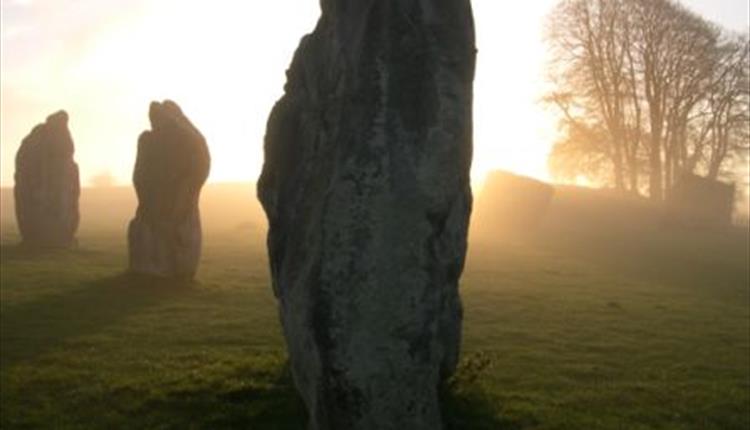 The pretty village of Avebury nestles within the Stonehenge and Avebury World Heritage Site.  Recognised for its globally important Neolithic and Bronze Age monuments, here you’ll find the world’s largest stone circle, stone avenues and ancient tombs.  Much of Avebury and the surrounding landscape is owned and cared for by the National Trust and is free to explore for everyone all year round.

Here you’ll also find a manor house which was once lived in by Alexander Keiller, whose archaeological work helped us understand Avebury’s past, and a museum that bears his name.

The first farmers made their mark at Avebury almost 6,000 years ago and archaeologists are still finding clues to their lives.  The stone circle and huge henge banks and ditches were erected around 4,300 years ago and you are free to wander around and among the standing stones today, allowing you to walk in the footsteps of the ancestors.  You can learn all about the Avebury’s prehistoric past in the Alexander Keiller Museum which is located in two galleries - a 17th century threshing barn gallery which houses interactive displays and the stables gallery which has the archaeological finds.

Avebury Manor and Garden is a unique experience.  The lives and stories of the house’s many owners were brought to life by the use of interior design and each room is decorated in the style of different historical periods.  Avebury Manor is very ‘hands-on’ and here you can sit in the chairs, read a book, lie on the beds or sit at the dining table.  The many garden ‘rooms’ reflect the style of the house.

There are also café’s, gift shops, a second-hand bookshop and toilets in the Old Farmyard as well as an elegant tea-room in Avebury Manor.

Avebury has been a landscape of fields and farms since the Bronze Age, so you will find sheep amongst the stones, and occasionally mud and as with all great adventures you may need sensible shoes as some of the walking conditions can be rough.

SatNav users please use postcode SN8 1RD to find the main car park just off the A4361.