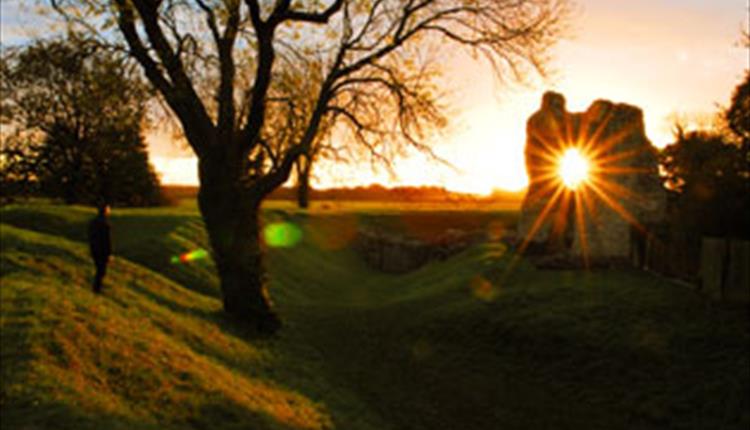 Ludgershall, recorded in the Domesday Book as Litlgarsele, has a long and well-recorded history. Superficially a ‘corn and sheep’ village on the edge of Salisbury Plain, a Royal Castle was built here sometime before the beginning of the 12th century. By 1103 AD Henry 1 was in residence in the castle. It continued in Royal hands with many of the Kings and Queens of England visiting there to transact business, oversee local repairs and to enjoy hunting parties in the nearby Royal Forest of Chute, until it was neglected and said to be ‘clene down’ in 1546. The castle was excavated in the years 1964-1972 and is now in the care of English Heritage. It is open to visitors at all times.

Although a mainly agricultural settlement, Ludgershall gained the title of an ancient borough when it began to be represented in Parliament in 1295 by two members. They brought wealth and influence to the town that grew up in the grid of streets to the south of the castle. An annual fair and a weekly market were held in the High Street flowing out and around the Medieval Preaching Cross. There is in existence, a seal of the town of Ludgershall that was attached to a grant of ‘burgage’ or tenure of land in the High Street and is dated 1405.

The Church of St. James was built in the 12th century and it contains the splendid Tudor Tomb of Sir Richard Brydges and his wife Lady Jane, formerly a Spencer and ancestor of the late Princess Diana. Sir Richard was M.P. for Ludgershall in 1533 and was knighted at the coronation of Mary Tudor. He owned the manor, town & park of Ludgershall. Yet another famous M.P. for the town was General John Richmond Webb, hero of the Battle of Wynendael in 1708 during Queen Anne’s reign. He was subsequently promoted to Commander of Britain’s Land Forces in 1712. He purchased the estate at Biddesden in 1711 and rebuilt the house. He and members of his family are also buried in the Church.

With the passing of the Reform Act in 1832, Ludgershall lost its representation in Parliament and the men of wealth and influence moved away. The later 19th century with a rural population numbering less than five hundred, saw poverty and hunger in the town until the coming of the railway in 1882, introduced a new skilled work force into the area and provided employment. The second most important factor in the development of Ludgershall, was the coming of the Ar my firstly for summer manoeuvres and then to build permanent garrisons. Ludgershall station became the busiest station on the line during both World Wars as troops were conveyed into and out of the camps on the Plain.

Ludgershall has once again resumed the title of town with all the usual amenities. Both Primary and Secondary schools, two medical practices, a post office, a variety of shops, two public houses; The Queens Head being 16th century & The Crown Inn being 17th century and a half-hourly bus service to nearby towns. It continues to attract many ex-service personnel to live in the newly built attractive homes. The high rate of employment encourages a growing number of young people to join the thriving town, which acts as a focal point for a lively and expanding population.