You are here: Home > What's On > Special Exhibition: Work, Rest and Play 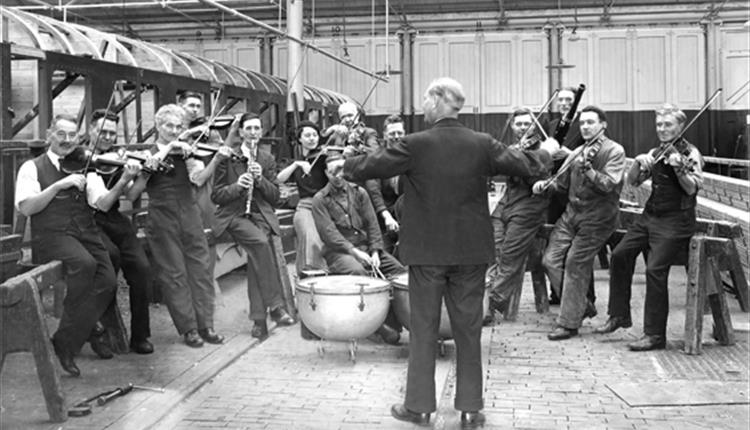 The Great Western Railway had a long history of providing amenities for the benefit of their workers. Beginning with the construction of Swindon's Railway Village in 1842, the company went on to provide a range of social and leisure facilities, education and health services for their employees in Swindon.

STEAM's brand new exhibition Work, Rest and Play – Life Outside Swindon Works considers how the GWR recruited and retained the best workers. When the Swindon Railway Works opened in 1843 Swindon was a small market town. In addition to supporting the town's growth through the construction of new facilities such as the Railway Village, Mechanics' Institute and Bristol Street School, the company also presented its employees with a range of social benefits.

Felicity Jones, Collections and Exhibitions Officer at STEAM, has created the new exhibition and said: "The Great Western Railway recognised that happy and fulfilled employees were likely to be loyal and hardworking. Through education, as well as a range of clubs and societies supported by the GWR, the company made a continuous effort to offer worthwhile pursuits for employees outside of work.

"An interesting array of objects and archive material from the STEAM collection are used to illustrate the social lives of Swindon Works employees and their families. Visitors will be able to see objects that would have been used during daily life, such as a Mechanics' Institute membership card, and a rent book from a resident at the Swindon Railway Village. Other items include a pair of bowling balls that belonged to a member of the GWR Bowling Club. It is the first time that many of the objects have been on display at STEAM."